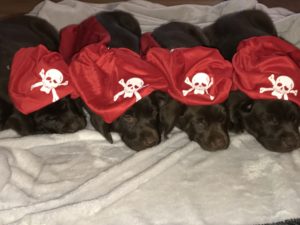 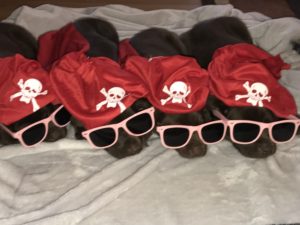 Duckflat Chocolate Dot 55#, OFA Excellent, Elbows Normal, Cert, PRA, EIC and CNM Clear. Her Sire now Marks-A-lot Bugsy Too MH, DUECE has qualified for the 2009 2010 and 2011 Master Nationals; he is the son of Hall of Famer HRCH Marks A Lot Gangster QAA CD MNH WCX “Bugsy”. NAFC FC MD’s Cotton Picke’n Cropper, FC AFC Riparian Roughrider, FC AFC Candlewood’s MD Houston, NAFC FC Cody’s R Dee, Duece earned his Master Hunter Title at 27 months of age… Duece is a great marker and runs exceptional blinds and passes those traits to his pups. He is 75lbs and is a great dog in the house, truck or kennel. He is OFA Good, Cerf, EIC, and CNM Clear. Maggie is a JH and has one of the highest powered blood line of any dog around she is out of Merganser’s Ferris Bueller MH, WC is our handsome big guy. Bueller enjoys hunting, eating, and lying around the house. Bueller completed his Master Hunter title at the age of three in July 2006 passing his first five Master tests without a fail. Bueller also has a Working Certificate title. Both of Bueller’s parents are black Field Champions. Three of Bueller’s grand-parents are black Field Champions. One of Bueller’s grand-mothers is a chocolate Field Champion. Bueller’s sire had 85 All-Age points as of December 21, 2003 and was a National Amateur Finalist in June of 2004. Bueller’s dam had 3 Open wins in 2002 and 34 All-Age points as of December 21, 2002. Black Pearl’s Devil Inside” Diva” She was as sired by  FC Running With The Devil NDC, and her Dam was Narvel’s Mini Kisses MH (FC-AFC-CFC-CAFC Barracuda Blue MH x Marble Mountain’s Juneau). Maggie has taken after both of her parents she has a strong natural point and really wants to retrieve. She is in the top 1% of all Pennhip done on Labradors. She is Cerf clear and EIC Clear. 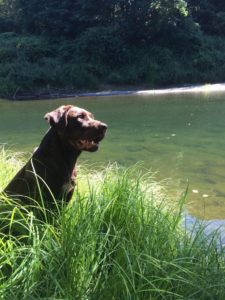 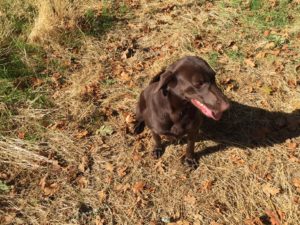 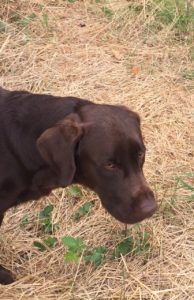